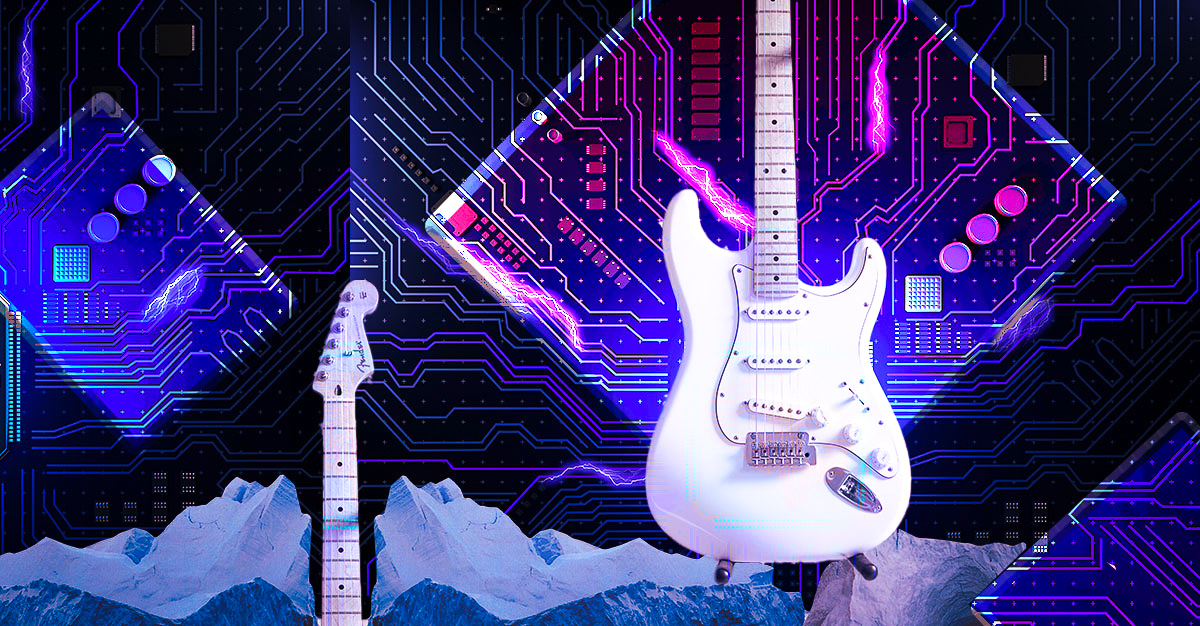 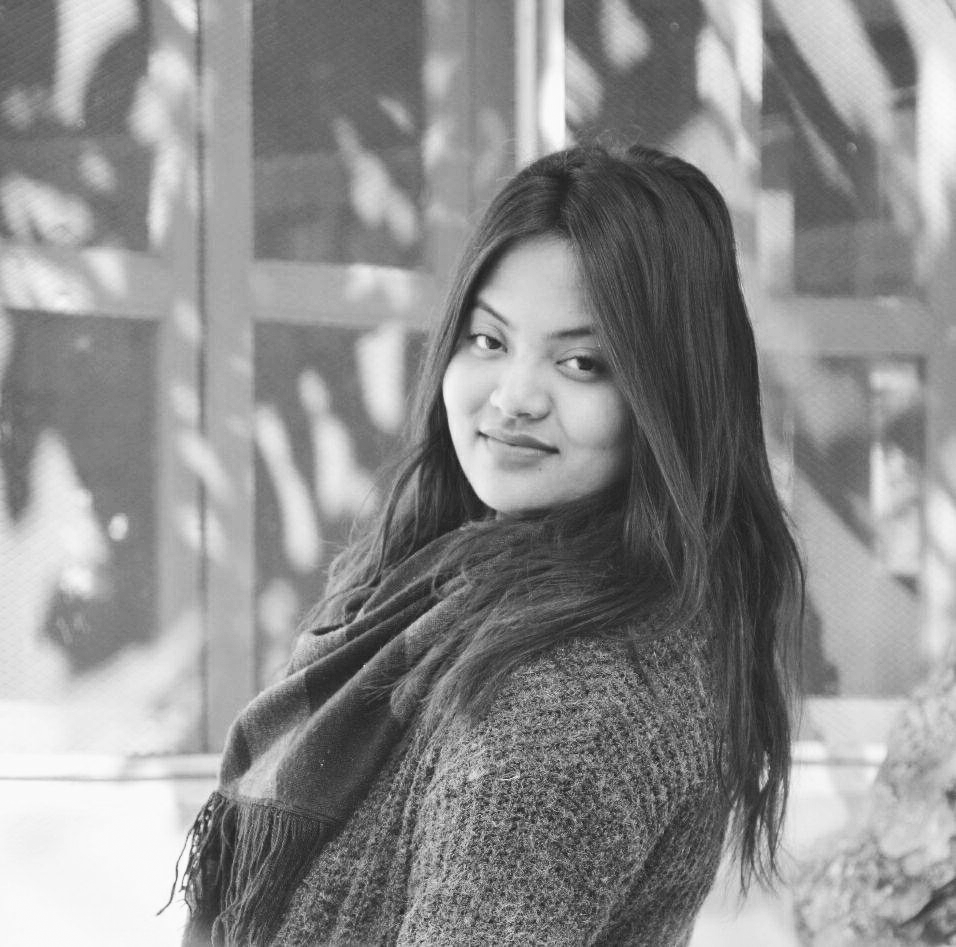 In our Innovation Rockstars Podcast, we talked with John Miranda, Director of Intel’s Data Center and AI Strategy Office, about how to enable corporate foresight in a global company.

Intel Corporation is a US-based multinational technology company headquartered in Santa Clara, California. As a leading global semiconductor manufacturer, Intel is driven by a purpose to "create world-changing technology that improves the life of every person on the planet."

John Miranda is a Director in Intel’s Data Center and AI Strategy Office. A "computer geek" at heart, John earned a degree in computer science at University of Michigan and an MBA at University of Texas which eventually landed him a position at Intel. After leading a team of application developers at the company, John soon became fascinated with the ecosystem in technology. This fascination drove him to run Intel's Corporate Foresight Program. Related, in sensing a rising ecosystem trend that needed an accelerated response, John has played a key role in driving the sustainability topic from a product roadmap at Intel.

John joined us on the Innovation Rockstars Podcast to critically examine Moore's Law's validity and share Intel's Foresight Program and what it takes to enable foresight in a global company.

🎬 The full video podcast or 🎧 pure audio enjoyment on Spotify or Apple Podcast.

Moore's Law and its Validity

In 1965 Gordon Moore, the co-founder of Intel, stated that the number of transistors bundled into a given space unit would double every two years. This statement eventually became a prediction and somehow a law shortly after. But it has been declared null and void numerous times. These transistors dive into the atomic scale, and signs of higher production costs are becoming increasingly visible. When asked about the validity of Moore's Law today, John agrees that the scenario is getting significantly more complex; however, he still believes that there is still ten years' worth of improvements ahead. Intel still anticipates a continued reduction in size for transistors. John recalls how the thermal barrier around four gigahertz in 2000 prompted multi-core computing, which in turn forced a change in programming models by utilizing each core's performance simultaneously. John admits that this will hit new limits around room availability to fit more and more cores. He does, however, regard this as a positive indication because it will offer up new opportunities for innovation. Clarifying this further, John explains how domain-specific architectures such as Graphic Processor Units (GPUs) and Field-Programmable Gate Arrays (FPGAs) can be customized to suit certain workloads. Looking even farther ahead, he discusses the possibility of optical computing and quantum computing, both of which promise substantially higher performance and energy savings.


Trendsetters, Drivers of Change, and Distractors

When asked about some of the drivers of change in the immediate future, John answers that sustainability and the carbon-climate crisis will have the greatest impact on the corporate world over the next several decades. Because computers necessitate vast amounts of energy, these issues have a direct impact on Intel. He then goes on to brief about Intel's sustainability efforts. John mentions that Intel is looking beyond the manufacturing process to consider how to incorporate their products into a circular economy to extend the life of their products and manage the end of the product life cycle.

The second trend John talks about is decentralized computing, where software and hardware resources are allocated to individual workstations or office locations. He says that the trend holds elements of Metaverse that might play into becoming more immersed in that computing environment.

The third transformation John highlights is Generative AI. Generative AI refers to computers that can generate artificial content such as text, audio files, or images based on their training data in ways that significantly exceed what has been previously possible for computers to synthesize. He believes that when natural language processing reaches a tipping point where computers begin to interact in human language, it will significantly impact our daily lives (and Intel). However, John also acknowledges that the technology is still weak in reasoning by analogy, which comes to humans naturally. Adapting the reasoning and generally applying it to other areas will be the next challenge for AI.

Finally, John addresses geopolitical trends and the rise of populism and their contribution to amplifying media content going viral, whether anchored in truth or not. This will give rise to debates on trust and validity and how computing amplifies that noise is something Intel and the tech ecosystem needs to consider carefully going forward.

John looks back on the early days of the Intel Foresight Program when they identified the employees who demonstrated thought leadership traits and were intellectually curious. Getting to know each other through networking helped them understand the expertise of each of them, resulting in having a designated go-to person for different subject matters. He emphasizes the importance of figuring out what they want from the Foresight Program and offering value in return. Only taking insights from others can discourage the culture and lead to atrophy. Therefore, making small gestures to various contributors within the network helps and is a crucial component to maintain their interest and engagement.

John goes ahead to talk about the three main elements of the Intel Corporate Foresight Program:

John adds that the Foresight Program has the potential to shape the company's course. Narrating an anecdote about how the founders of Intel, Andy Groove and Gordon Moore, would always fly economy and drive a subcompact car to the campus, John underlines that such examples of modesty and positive role-modeling can affect change and culture in a company. According to John, the Corporate Foresight Program is a never-ending learning process that aims for continual progress. The program thus constantly looks at adopting new tools and methods within an evolving environment to better shape and guide the company's direction. Moreover, the program addresses how to engage more productively and richly with senior management.

The Dos and Don'ts for Enabling Foresight

John mentions that implementing the insights, especially in a large, multi-layered environment like Intel, requires much thought. Therefore, it becomes imperative to approach the stakeholders and decision-makers to build trust and gain credibility. To establish depth and trust, one must be conscious of their level of influence with stakeholders and look for ways to deepen the relationship. Making conscious efforts in building relationships with executives, not charging in with the mindset that you are always there to convince them of something you consider essential, is crucial to nurturing contacts.

Answering the question about what not to do for enabling a Foresight Program, John states, "Without a doubt, losing trust." It is critical to building and, more importantly, maintaining trust. To avoid the undesirable outcome of losing faith, one must ensure to follow through with the commitments made, no matter how big or small. One loses credibility when they do not follow through with the tasks and fail to deliver consistent results.

Foresight as an Innovation Initiator

Every business corporation faces external changes and unprecedented challenges. John rightly points out that the information regarding these constant changes can turn into a cacophony of noise. Decision-makers need to filter through this noise to identify a genuine signal, which is often the first step of innovation. Unfortunately, companies often fail to identify and respond to an emerging shift even with an abundance of resources, a skillful workforce, and a generous budget. This is where a Foresight Program can help, as it acts as an early mechanism to detect emerging market developments.

We thank John for this insightful interview!

Foresight is a powerful tool that organizations can utilize to navigate ongoing global and local changes. Learn more about how to apply strategic foresight in innovation management in our Foresight & Strategy Toolkit.

These Stories on Strategic Foresight

How to Create Your Trend and Technology Radar in 5 Minutes