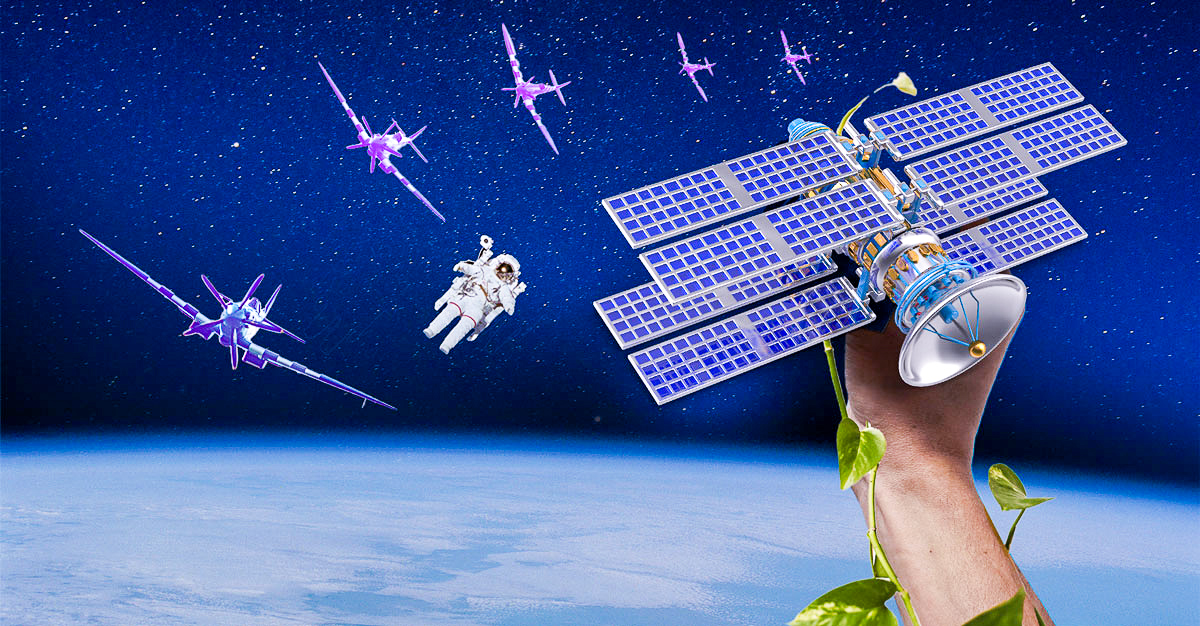 The aerospace industry has historically been a paragon of innovation. Inventions from aviation and space agencies over the past 60 years have led the way for some of the most groundbreaking, innovative technologies we currently use on Earth.

The next aerospace era is being dubbed the “space economy,” a phase underpinned by two themes—sustainability and self-sufficiency. This period will require key cross-industry collaborations, most notably new partnerships between space agencies and emerging startups offering products that enable scalable aerospace independence.

In this blog article, we examine the forces shaping the future of aerospace and which emerging trends and technologies will be influential in the space economy. The insights in this blog post and the detailed Aerospace industry report aim to show what trends, technologies, and business opportunities exist within the aerospace sector.

Forces Shaping the Future of the Aerospace Industry

The future of aerospace may include a space economy in which transactions are aerospace-centric and do not require as much intervention from Earth as previously. Aerospace economists foresee in the coming years the normalization of initiatives such as spacecraft refueling in space, either in orbit or on the moon. A further untethering of operations from Earth will see the availability of materials in space or on the moon. Similarly, the ability to 3D print or produce vital technology in space may act as a critical innovation in creating a self-sufficient space value chain.

Technologies such as Self-healing Materials will be vital in creating autonomous operations with their ability to self-repair without direct intervention from humans. With their biomimetic capabilities, Self-healing Materials can automatically sense failure or breakdown, halt the process or stop it from worsening, and then repair the damage as soon as possible. These materials, utilized with other technologies such as Predictive Maintenance technologies, will be instrumental in de-anchoring aerospace activities from Earth.

Inspiration: Researchers at the University of Alabama are exploring self-repair mechanisms for materials that are often used in the aerospace industry. Their solution includes sensors that predict, detect, and evaluate structural issues, activating heat-induced repair as needed and without human intervention. Their work has garnered attention from NASA due to its potential for improving the durability of spacecraft materials.

Expect a surge in the diversity of skills required in aerospace as the variety of space services expands in the coming decades. Projects such as the NASA Artemis Moon Mission or the various Mars colony missions will require professions not traditionally associated with STEM. These include biological researchers, contract lawyers, political scientists, and financial analysts. A barrier that the aerospace industry may have to overcome is luring away top talent from more sought-after tech companies with greater cultural capital amongst millennials and Generation Z.

Trends such as Green Skills Gap underscore the need for various competencies to execute ambitious aerospace projects while keeping an eye on sustainability. Space Agencies will need to develop partnerships with organizations that can provide different types of knowledge.

Inspiration: NASA alumni Maarten Sierhuis and tech specialist Rachna Dhamija have founded ‘Ejenta’, a startup that is harnessing AI to advance healthcare on Earth. ‘Ejenta’ has wearable devices and sensors to source data from patients, such as vitals, to predict when patients would need help. Patients can use Ejenta to exchange messages with AI-enabled virtual assistants from home.

With new players entering aerospace, various opportunities exist for experimentation in developing scientific solutions not possible on Earth. SpaceX's 2021 Dragon mission to the International Space Station conducted experiments such as Targeting Improved Cotton Through On-orbit Cultivation (TICTOC) to develop tougher cotton varieties and microgravity's effect on microbes in the development of on-the-spot ultrasounds. These experiments could have groundbreaking effects on manufacturing, biological research, and medicine. The SpaceX Dragon mission and others like it are harbingers of future R&D space projects that have the potential to influence and alter several non-aerospace sectors significantly.

Space agencies will increasingly need to prioritize Diversified Value in order to harness the financial resources of other industries through mutually beneficial experiments and aerospace projects.

Inspiration: NASA has finally begun rolling out its Space Launch System (SLS) Rocket which will be the first rocket launched in a decade. The SLS, considered the most powerful rocket in existence, has been designed to bring the Artemis missions to the moon, starting with Artemis I in June 2022.

The historically dominant Geostationary Orbit (GEO) is under commercial threat due to innovations in Low Earth Orbit (LEO) and Middle Earth Orbit (MEO) technologies. Expect a steady rise in the number of new players raising venture capital in the billions and whose unique launch system product offerings will drive down the cost of orbit systems, in general, and LEOs, in particular. As much as unanchoring from Earth will be part of the space economy in the next two decades, services such as direct-to-consumer broadband internet mean there are still lucrative opportunities tethering space to Earth-specific needs.

Private companies will continue to enter aerospace, not only capitalizing on opportunities but also creating new ones through novel partnerships and cutting-edge technologies. As more players enter the industry, technologies that reduce costs and increase accessibility, such as Nanosatellites, will be vital to initiating and diversifying various space activities.

Inspiration: A team of young Kazakh, Kyrgyz, and Uzbek women designed, developed, and launched three nanosatellites into the stratosphere to analyze air pollution. This launch, which took place on 27 March 2022, is a part of the UniSat Program that aims to encourage girls in science, technology, engineering, and mathematics (STEM) disciplines, equipping them with knowledge and competencies related to nanosatellite construction.

Organizations in the aerospace and aviation sector are not exempt from ESG and sustainability imperatives. Commercial aviation is expected to account for around 20% of global greenhouse emissions by 2050. Commercial aviation bodies such as the International Air Transport Association (IATA) and International Civil Aviation Organization (ICAO) will need to proactively accelerate ESG regulations to mitigate the industry’s greenhouse emissions contribution and avoid imposed ‘regulation fiats’ from governments. Forced regulations may be particularly precarious amid depressed commercial flight numbers due to the COVID-19 pandemic.

Our portfolio of trends underscores how technological advances are vital to achieving sustainability targets. These advancements will be accelerated by necessary funding being allocated to startups creating such technology. Automating greener aviation industry trends will in part rely on an adequate, consistent flow of capital into green ventures.

Inspiration: UK startup Urban-Air Port joins forces with Hyundai to build 65 mini airports around the world. These airports are specially designed for the new generation of electric vertical take-off and landing (eVTOL) aircraft that will operate as taxis. According to the company, the lack of infrastructure needed to support eVTOLs has been a significant hindrance to its growth.

Aerospace initiatives have been historically influenced by nation-states vying for supremacy. While innovations in aerospace can be a net positive for humanity, they can also be sources of geopolitical tensions. Even though space agreements such as the Outer Space Treaty exist, new cooperative, legally binding contracts will be needed to account for emerging issues in aerospace. There are trends showing the rise of mutually binding and mutually beneficial coalitions in various fields, and the aerospace sector should follow suit. Satellite launches, servicing, and space traffic control are vital issues, with overcrowding in space being one of the most pertinent. For instance, avoiding the Kessler Effect—a phenomenon whereby satellite and debris collisions create a chain reaction of infrastructure damage—will be critical on the space treaty agenda.

Where to Play in the Aerospace Industry

Applying an industry lens to the process of environmental scanning helps organizations direct their focus and resources more optimally. By gaining an understanding of the technological developments and trends that may present future opportunities in their industry, organizations can equip themselves with the innovation intelligence needed to take decisive, strategic action and, ultimately, gain a competitive advantage.our

Get started by exploring the ITONICS Teaser Technology Radar and Teaser Trend Radar, displaying the elements that are most relevant for the aerospace industry. 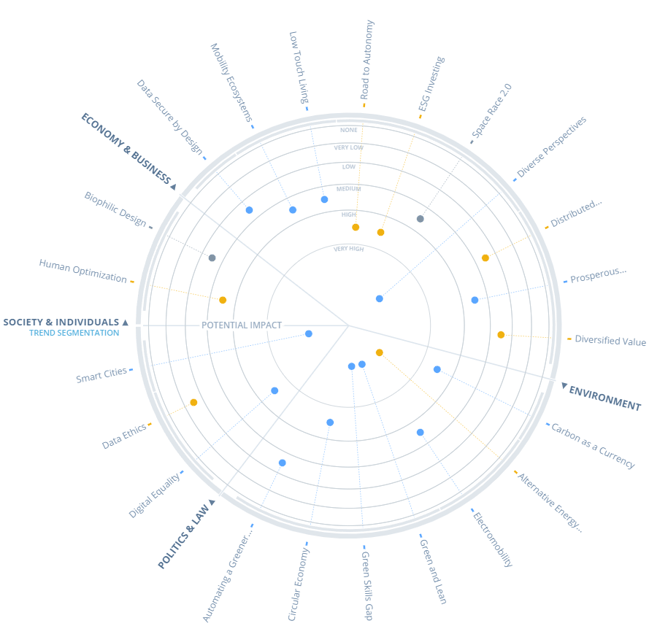 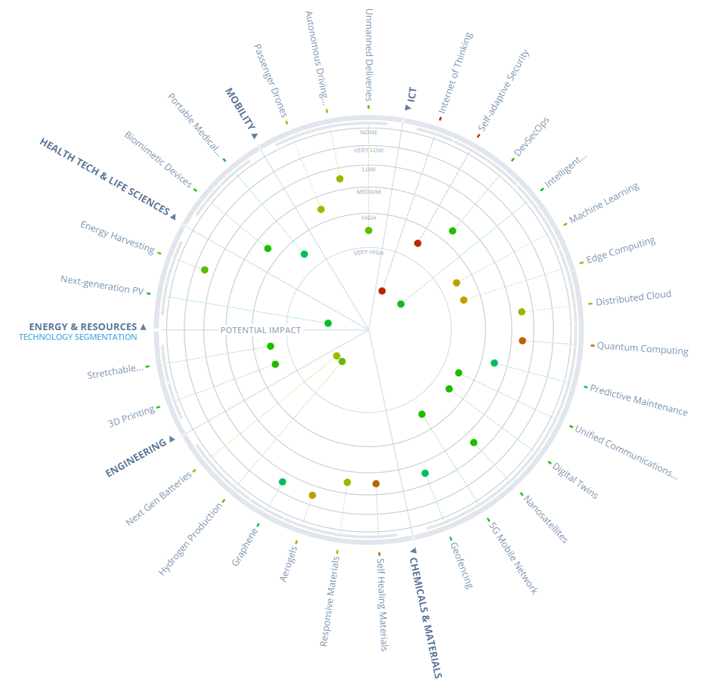 Download our tech industry report, Where to Play: Game-Changing Technologies for Aerospace, which showcases some of the exciting possibilities and key solution drivers set to usher in unprecedented growth for the aerospace sector. The report is interlinked with the ITONICS Innovation Platform to help organizations better connect the dots between various drivers of change, anticipate the most rewarding opportunities for the future, and gain strategic advantage. 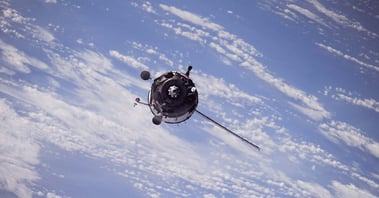 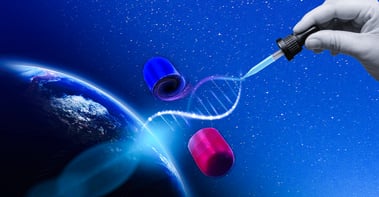 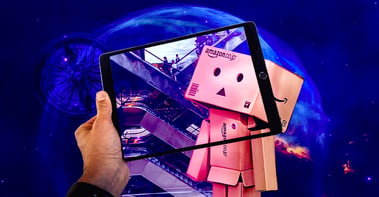 Trends & Technologies Shaping The Future Of The Retail Industry